What Day Is It Really? 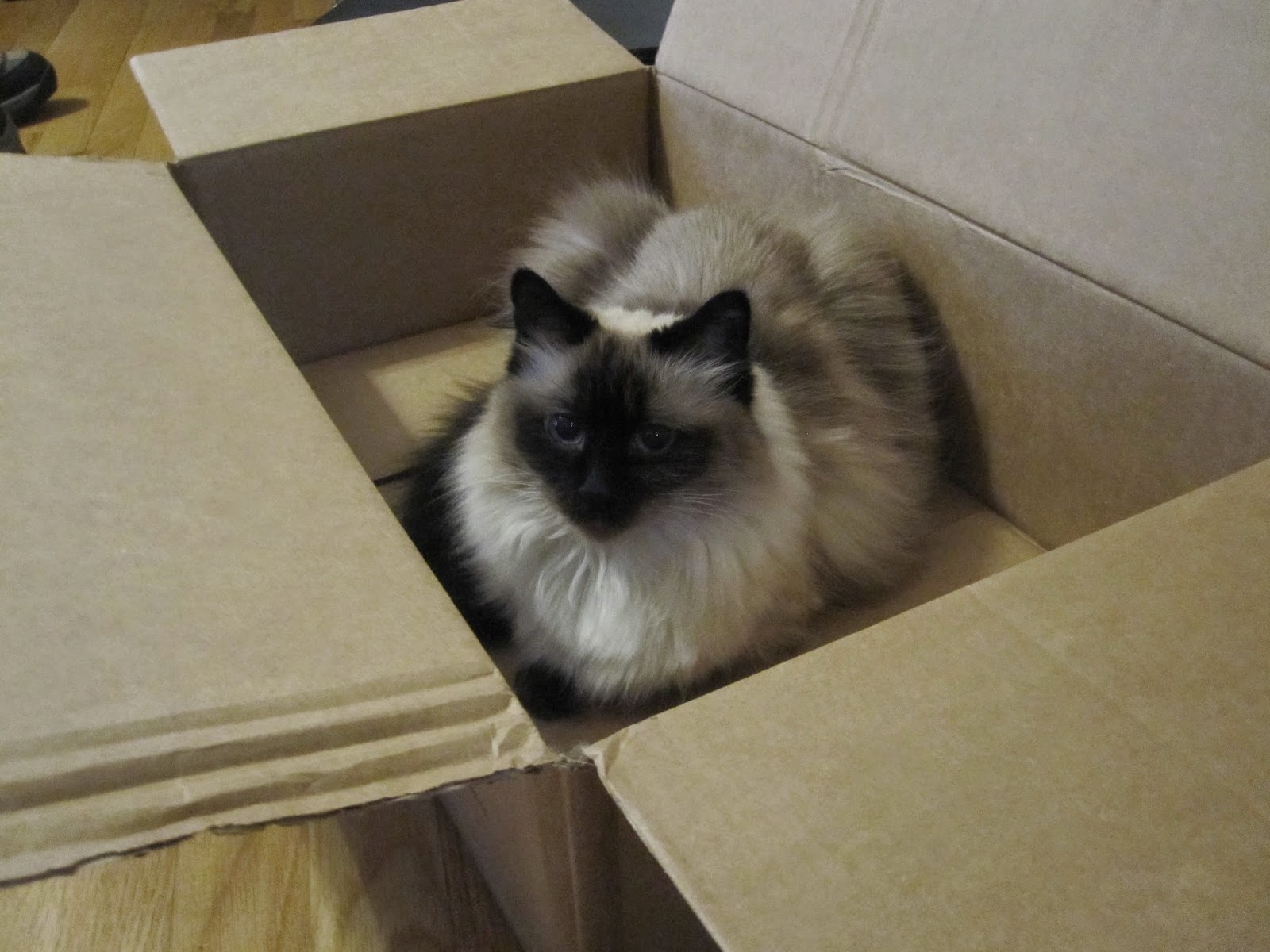 What do you mean it isn't Boxing Day?   I'm confused.
You humans are goofy.   Why should I wait until the day after Christmas?  Shouldn't the day after Thanksgiving work too? 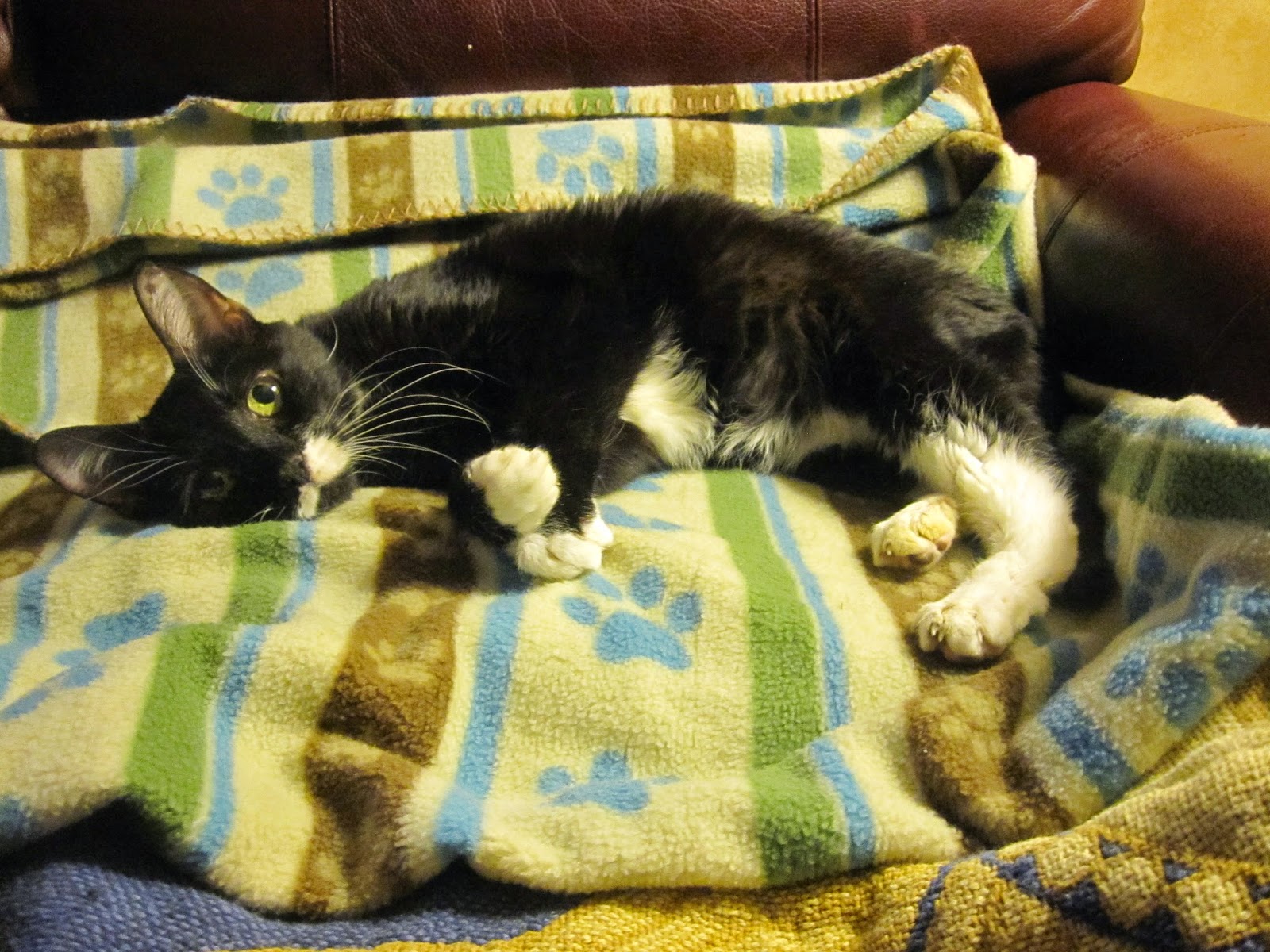 Hi there furriends!
Some of you already know that I've been sick.   I've been in a room all by myself so mom and dad can monitor everything about me.   What goes in...what comes out.  I feel like a science experiment.
There is good news and bad news.  The bad news is that what comes out of me is way too squirty.  Sorry for TMI, but hey, we're furriends here and I'm not holding back on you.
The other potentially bad news is that I either have the worst case ever of Irritable Bowel Syndrome or I might have intestinal lymphoma.   Mom doesn't want to put me through a biopsy if she can prevent that.   So right now I'm on medication and I'm trying new foods.
They hypoallergenic stuff didn't work so now I'm on a high fiber, low fat food which seems to be helping.   I also got a shot of B12.   So I'm not as squirty as I once was.  Again, sorry for the TMI.  You're my furriends, right?   That's part of the good news.
The other good news is that I had lost weight, but I'm now gaining it back.  I was up to a whole 7 pounds on Sunday morning!
I'm kind of liking not having to deal with the others, but it does get lonesome sometimes.  Mom and dad visit me as much as they can.

The Rescue of Charlie

Yesterday I told you I had a new family member.
Introducing Charlie!
Because he is my cousin and he doesn't have to live with me I can get all excited about him!  He's adorable and sweet and I don't have to share my cheese with him.  It's awesome. 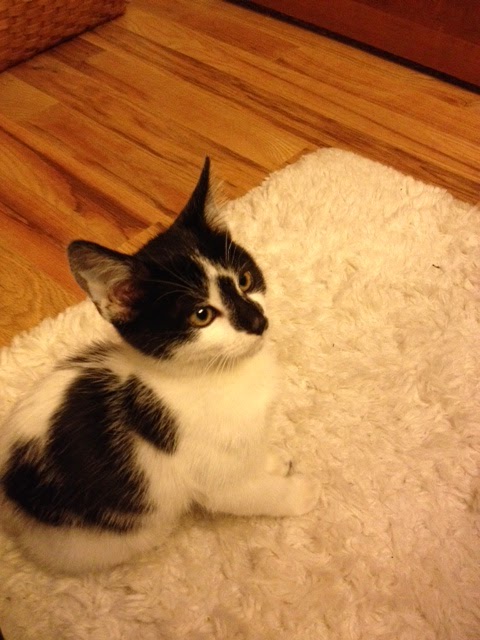 But, Charlie has quite the rescue story.
It all started one day when my human uncle went for a long bike ride with his friends.   When they were out in the middle of nowhere...you guessed it...Charlie darted out.  They were surprised and being the amazing humans they are...they stopped.  Charlie was afraid, but when there was a bit of water and food involved, he allowed himself to be caught.
Here is a picture of the field where he was found.  There is nothing there.   No farm, no houses.  Nothing. 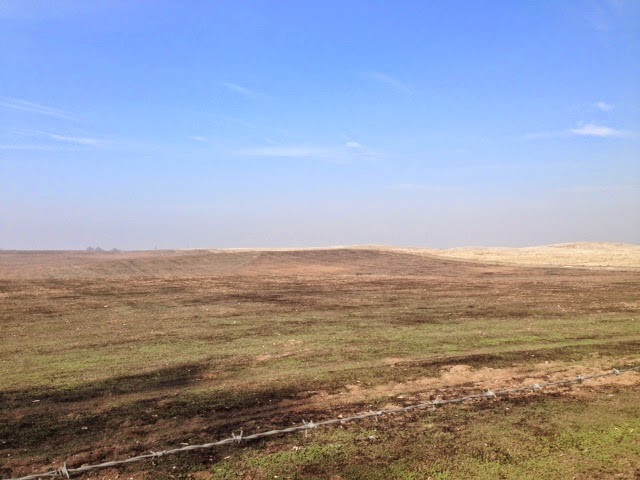 So then, how to get him safely out of there?   They were 17 miles from where they parked their car.  So, this little purr muffin allowed himself to be safely zipped into my uncle's cycling jersey and they rode back to the car.  He just settled in.  Whoa!
He was checked out and he was treated for fleas and stuff and now he's living the good life. 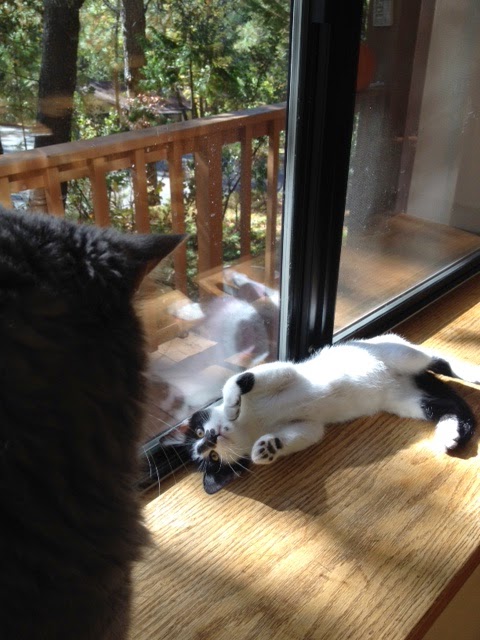 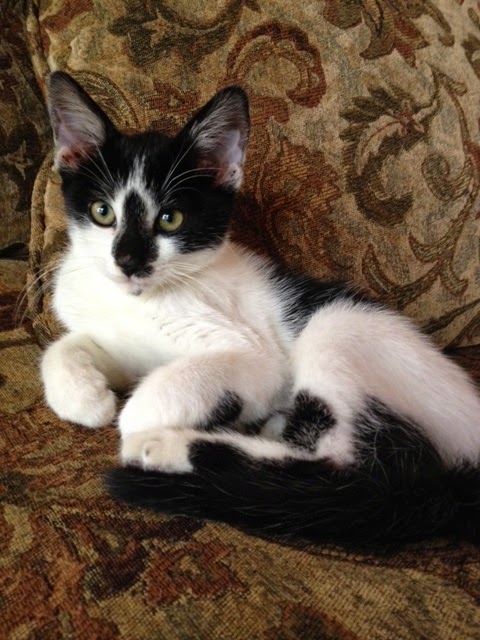 And he's mastered the art of couch surfing.
This little boy was estimated to be 11 weeks old and we'll never know how he ended up in that field all alone.   We're just glad he's family now. 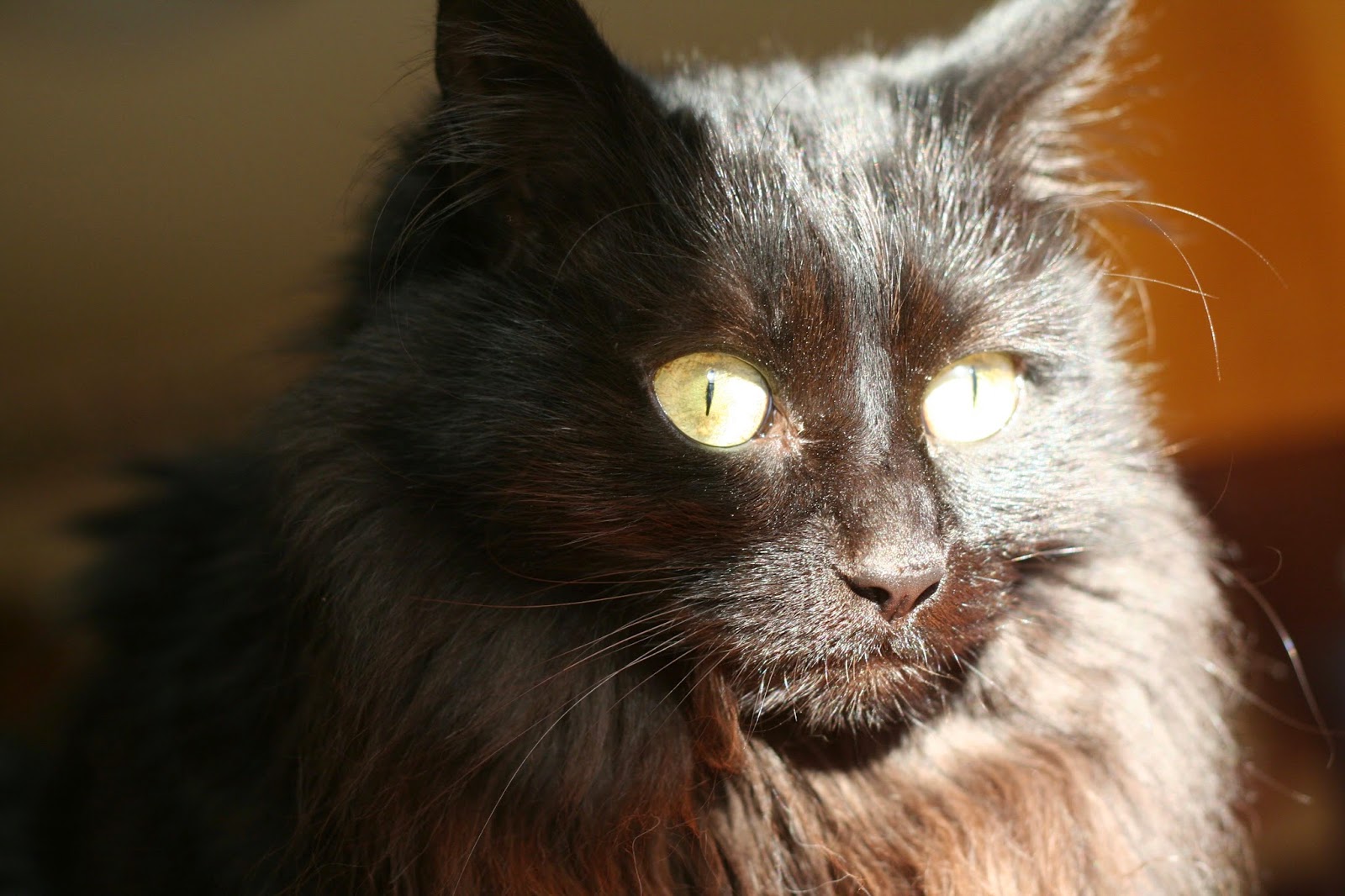